Published in Science (sciencemag.org) by researchers at seven institutions, the findings show that 2.9 billion breeding adult birds have been lost since 1970, including birds in every ecosystem. 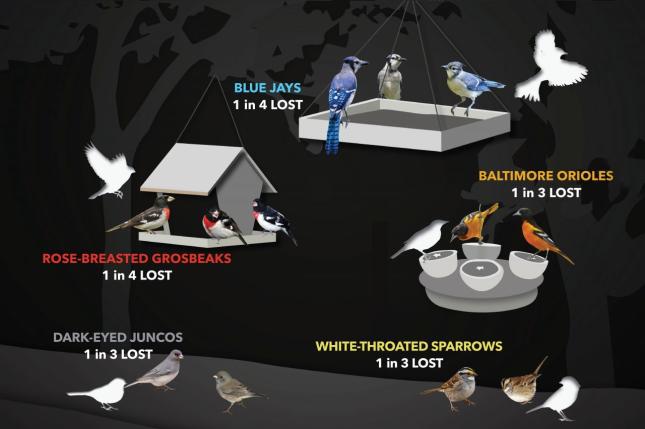 It’s huge: a net loss of 29% of the breeding bird population over the last half-century. This net loss takes into account both increases and decreases over the last half-century, like the bottom line on a bank statement. Each year, many birds produce young while many others die. But since 1970, on balance, many more birds have died than have survived, resulting in 2.9 billion fewer breeding birds today—that’s a loss of more than 1 in 4 birds that were alive in 1970.

The study clearly shows that the losses threaten some of our most common and beloved birds. Of the nearly 3 billion birds lost, 90% came from just 12 bird families, including sparrows, warblers, finches, and swallows. These common, widespread species play influential roles in ecosystems. If they’re in trouble, the wider web of life, including us, is in trouble.

We can help! Read on for 7 Simple Actions to Help Birds. Many of these actions are easy changes to our habits that can result in positive changes for our feathered friends.